Deh Cho Airways is the fixed-wing division of 100% Aboriginal-owned Dehcho Regional Helicopters. It works in partnership with Air Tindi, which conducts all fixed-wing flight operations for the partnership. 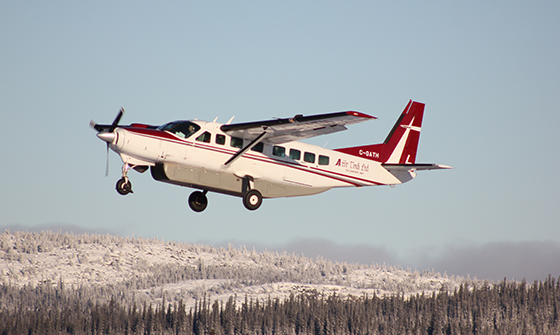 As such Deh Cho Airways is ideally positioned to meet the needs of companies and public organizations involved in infrastructure planning and development, wildlife surveys, search and rescue missions as well as mineral exploration and mining activities on the traditional lands of the Dehcho People. The partnership is under the leadership of President Joanne Deneron and a distinguished list of Directors from around the region including Chief Jim Antoine, former Premier of the NWT.

As the only Aboriginal-owned aviation company in the region, Deh Cho Airways is proud to also partner with Air Tindi to provide scheduled service flights to Fort Simpson which represent a critical transportation link for all residents.