About Us >‏ Partnerships >‏ Kivallingmiut Aviation
Print this page

Kivallingmiut Aviation Inc. is central Nunavut’s Premier Inuit-owned fixed-wing charter company serving both the Kivalliq region of Nunavut as well as the High Arctic. Its ownership includes a group of business savvy Inuit investors who control 68% of the company as well as minority owners Great Slave Helicopters and Air Tindi, each of which own a 16% stake in the company. All fixed-wing flight operations for Kivallingmiut Aviation are conducted by its minority partner Air Tindi. 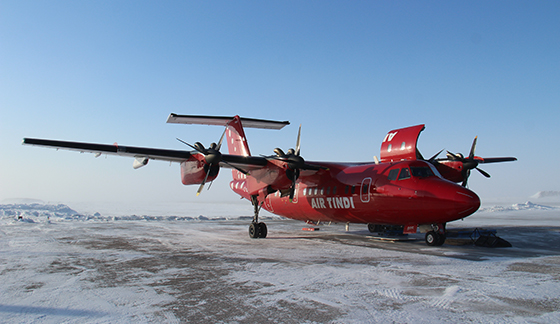 This partnership is well positioned to support mineral exploration activities, search and rescue missions, wildlife surveys, land and water surveys and other applications.

Under the leadership of President Victor Tootoo, Kivallingmiut Aviation is a federally incorporated joint-venture company based in Rankin Inlet, NU. Kivallingmiut Aviation is an Inuit Firm pursuant to Article 24 of the Nunavut Land Claims Agreement. It is also registered under the Government of Nunavut’s Nunavummi Nangminiqaqtunik Ikajuuti (NNI) policy as a Nunavut-based business.

As a Nunavut-based, majority Inuit-owned business, Kivallingmiut Aviation has a core philosophy that contracts awarded to companies in Nunavut should be ensures an open and fair process for all Nunavummiut. It is committed to creating training and employment opportunities for Inuit.